“No area of domestic policy...has been so thoroughly abandoned to misinformation, overstatement, over-simplification, emotion and disregard for consequences as has the area of juvenile justice.” – Douglas Nelson, Annie E. Casey Foundation 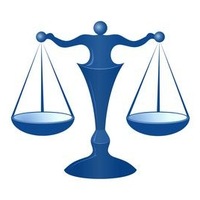 In our work as an intermediary bringing together organizations and resources to reduce the number of out-of-school, out-of-work young adults in New York City, one concern nearly always gets raised no matter the topic of the meeting: how do we help young people with a criminal record find a job?

The sad truth is that too many young people find themselves in court at some point, usually for minor nonviolent offenses. Once, these transgressions might never have been known beyond the courthouse walls. In the digital age, however, a conviction for even the $2.75 crime of jumping a subway turnstile – officially New York State penal law 165.15 “Theft of Services,” a Class A misdemeanor – will appear on background checks forever. Given the stigma of a criminal record to employers, having to check YES to the dreaded “Have you been convicted of a crime?” question can be enough to deter a young person from even applying for a job. Even worse, exposure to the adult criminal system can traumatize young adults and lead to additional, not less, antisocial behavior.

Thankfully, change is coming for New York's older teens. Recently enacted legislation will dramatically overhaul the way New York State handles teenagers who have been charged with a crime. The state budget signed into law on April 10, 2017, includes provisions that will, by October 2019, transfer most criminal cases involving 16- and 17-year-olds out of the adult system and into Family Court.

New York’s “Raise the Age” legislation will be phased in over the next two years, with 16-year-olds eligible for the new process starting October 1, 2018, and 17-year-olds one year later. Once implemented, the law mandates:


Together, these changes will ensure that New York’s teenagers are spared most of the long-term consequences of an adult conviction. Raise the Age NY, an advocacy campaign instrumental in passage of the new law, has prepared a full summary of its key components.

These changes have been a long time coming. In recent years, New York has been just one of two states (along with North Carolina) that automatically prosecute 16- and 17-year-olds as adults. Like older adults, those teens are tried by county District Attorneys and serve their sentence in adult correctional facilities. And the numbers are not insignificant. In 2016, nearly 25,000 16- and 17-year-old New Yorkers were arrested, the vast majority on misdemeanor (70%) and non-violent felony (16%) charges.

Mandatory adult trials for adolescents dates back to the 1970s, a reaction to the rising tide of violent crime then plaguing New York City and other urban areas. Teens who ran afoul of the law had traditionally gone to juvenile court, with its primary focus on treatment and reintegration over lengthy punishment. As media portrayals of young offenders as irredeemable “superpredators” came to dominate the public imagination, however, calls for harsher sentencing grew increasingly louder.

(The hysteria over teen crime reached peaked in 1989 with Time magazine's inflammatory coverage of the infamous Central Park jogger rape case entitled “Wilding in The Night: A Brutal Gang Rape in New York City Triggers Fears that the U.S. is Breeding a Generation of Merciless Children.” The five juveniles sent to prison for that attack spent between 6 and 13 years behind bars until a confession and DNA evidence from a serial rapist and murderer proved their innocence; New York City ultimately paid out $41 million for wrongful imprisonment.)

New York State’s Juvenile Offender Act of 1978 pioneered adult treatment of young offenders. In addition to automatically transferring 16- and 17-year-olds to the adult system, the law made it possible for children as young as 13 to be tried in criminal court for serious crimes. (The Citizens Crime Commission of New York City has prepared a detailed guide to the current New York juvenile justice system.) By the late 1990s, every state and the District of Columbia had followed New York’s lead in adopting some form of transfer law for teenage offenders.

The shift from juvenile to adult prosecution has come with serious consequences. According to Raise the Age NY, studies show that young people transferred to the adult system are:


As the New York Times puts it, “Convictions at this age often are the harbingers of derailed lives: 84 percent of young adults released from prison will be rearrested within 5 years. Few with felony convictions will be able to find jobs.”

Advancements in neuroscience over the past two decades and growing recognition of the lifelong impacts of a criminal record have called into question the wisdom of adult punishments for older teens. In particular, MRI research into psychosocial maturity – impulsivity, risk perception, thrill-seeking, resistance to peer influence – shows that development of the dorsolateral prefrontal cortex may not be fully complete until the early 20s, making self-control in stressful or threatening situations especially difficult.

With crime rates falling since the late 1990s, the majority of states have been rethinking the desirability of adult sentencing for young offenders. In the past decade, several significant U.S. Supreme Court rulings have limited the application of the death penalty and unconditional life imprisonment to young offenders. Local municipalities have also been experimenting with better ways to address young adult crime. San Francisco’s Young Adult Court, which opened in 2015 and hears cases involving offenders ages 18–25, provides social services and a reduction in charges if the offender successfully completes the program. New York City’s Center for Court Innovation, a nonprofit that works with the New York State Court System, operates specialized youth courts in Brooklyn, Queens, Staten Island and Harlem. Numerous nonprofit organizations have formed or expanded to serve the needs of court-involved youth.

In New York City, free legal advice for court involved youth can be obtained through organizations like LawHelpNY.org and Youth Represent. The New York City Young Men’s Initiative maintains a directory of supportive services for at-risk youth.
Posted by Dan Salemson at 6:00 PM