Increasing the Minimum Wage will Benefit Millions of Young People

A report from the Economic Policy Institute (EPI) shows that the proposed Miller/Harkin increase to the federal minimum wage, from $7.25 per hour to $9.80 per hour, would benefit 21.5 million children nationwide.

And that number doesn't even account for the millions of young adults (18-24 years old) working in entry-level jobs who would benefit from this increase. An increased minimum wage in NYC would be especially beneficial--since the cost of living here is prohibitively high--and will have a positive impact on thousands of young people by increasing their potential to achieve economic self-sufficiency.

Currently, 18 states and the District of Columbia have a higher minimum wage than New York, and this includes states where the cost of living is dramatically lower.  While an increase to the minimum wage was passed in the New York Assembly earlier this year, the increased has yet to be approved by the NY Senate.

Apart from helping children and young people, EPI blogger Doug Hall reports that the increased wage, which would be introduced via three incremental increases, would give the economy a boost as well, as minimum wage workers would spend their new earnings immediately.  Read more about how an increase to the minimum wage would benefit more than a quarter of our nation's children--not to mention millions of struggling young adults--on the EPI blog.

There is exciting news in the workplace these days. JFNYC’s new study — Going Beyond the Bottom Line — has garnered crucial information that gives young-adult workforce providers invaluable perspectives from the point of view of employers.

Our aim is to give workforce providers a better understanding of employer perceptions, expectations, and need — as well as clear and comprehensive ways that they can meet these criteria.

We went about this by soliciting 98 employers — 33 participated in focus groups or individual interviews and 65 responded to an online survey — from a mix of businesses, including consulting firms, retailers, and the hospitality industry.  All have experience hiring young adults for entry-level positions.

This report presents findings, not conclusions.  Our purpose is to invigorate a dialogue about how to best:

One HR Manager from a medium-sized hospitality company shared his positive experience:  “I’ve had great success with public and nonprofit providers.  They’ve been able to identify what I’m looking for.  It’s like having a bunch of agents working for me.”


Another Sales Manager from a medium-sized consulting firm shared the realities of working with young people without previous job experience: “They think outside of the box because they don’t even know what the box is yet.”

For more insights, shared experiences, and solid, practical advice, read what other employers have to say in the complete report Going Beyond the Bottom Line.

One sure way to successfully reduce the out-of-work and out-of-school population in NYC is to galvanize the good will, resources, and commitment of many people and institutions, and most especially employers.

Our report is a major step in bringing these vital forces together.
Posted by Dan Salemson at 6:54 AM No comments: 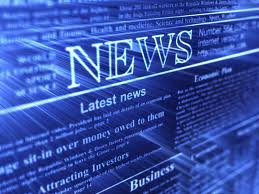 Today JFNYC digs deep into its list of recent articles about education and employment that you may have overlooked.


Read on for answers to these and other questions:

Education Gap Grows Between Rich and Poor, Studies Say (New York Times, Feb. 9)
Analyses of long-term data published in recent months finds that while the achievement gap between white and black students has narrowed significantly over the past few decades, the gap between rich and poor students has grown substantially during the same period.

Is Algebra Necessary? (New York Times, July 28)
In both high school and college, all too many students are expected to fail algebra.  To our nation’s shame, one in four ninth graders fail to finish high school, with algebra cited as the major academic reason. The City University of New York found that 57 percent of its students didn’t pass its mandated algebra course. The depressing conclusion of a faculty report: “failing math at all levels affects retention more than any other academic factor.”  Why do we subject American students to this ordeal?

The Case of the Missing Skills (New York Times, May 21)
More than half of American employers reported having difficulty filling positions because of a lack of suitable skills in 2010, one of the highest shares for developed countries.

Open Education for a Global Economy (New York Times, July 11)
A website called ALISON offers some 400 vocational courses at “certificate level” (1 to 2 hours of study) or “diploma level” (about 9 to 11 hours of study) and plans to add 600 more in the coming year. Its most popular course, ABC IT, is a 15- to 20-hour training suite that covers similar ground to the widely recognized International Computer Driving License curriculum. (ALISON’s certification is free; ICDL certification can cost over $500). Other popular offerings are project management, accounting, customer service, human resources, Microsoft Excel, health studies, basic study skills, operations management and psychology.

Elite Colleges Transform Online Higher Education (The Huffington Post, August 6)
From Harvard to Stanford, a growing number of elite universities are throwing open their digital doors to the masses. They're offering their most popular courses online for no charge, allowing anyone with an Internet connection to learn from world-renowned scholars and scientists.  The proliferation of so-called massive open online courses, or MOOCs, has the potential to transform higher education.


Posted by Dan Salemson at 9:53 AM No comments:

JobsFirstNYC is pleased to share with the field the results of a timely new study, entitled, Understanding Interim Progress Milestones in Young Adult-Serving Workforce Development Programs, which affirms the challenges that young adult-serving organizations face operating in a performance-based culture.

The paper outlines short-term progress measures that can be used by young adult-serving organizations to ensure that their participants are on track to meet employment and educational goals.  The research conducted for this study was made possible by funding from JobsFirstNYC, including a project-specific grant from the William T. Grant Foundation, and the NYC Workforce Funders.

The study was part of the New York City Benchmarking Project, written by Marty Miles and Stacy Woodruff-Bolt of P/PV, who convened the Young Adult Milestones Task Force from Fall 2010 through Spring 2011 in order to answer the following question:

What are meaningful short-term progress measures that can help young adult workforce programs know if participants are on track to accomplish employment or educational outcomes?


Through a series of task force meetings, individual data analysis projects and conference calls to share lessons learned, the following themes emerged:
The report concludes with the recommendation that workforce funders, CBOs and the NYC workforce field at large will benefit from broadening  their scope of measurable outcomes to include more tangible interim milestones. While many funders currently focus on outcomes of placement and retention in employment, attainment of degree or certificate, and literacy or numeracy gains of at least one educational level, an additional set of measures--tailored to the specific circumstances of each organization but modeled on best-practices in young adult-serving workforce programs--should be considered as well.  This will allow organizations to refine their data collection practices to suit the individual needs of their programs and more importantly, engage in ongoing performance improvement at the organizational level.

If you have questions about the report, please contact JFNYC Deputy Executive Director Evelyn Fernandez-Ketcham, at efernandezketcham@jobsfirstnyc.org.
Posted by Unknown at 3:09 PM No comments: