NYPD Stop And Frisks: 15 Shocking Facts About A Controversial Program 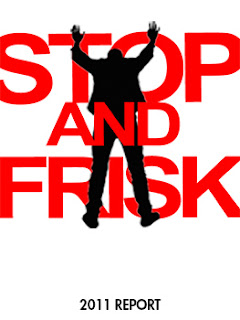 For many years, the New York Police Department (NYPD) has led the nation in warrentless "stop-and-frisk" searches of individuals, with 685,724 stops in 2011 (an increase of 14 percent from 2010, and up from just 97,296 stop-and-frisks in 2002).  The city has long defended the practice as vital to removing illegal firearms from the streets -- frisks are supposed to occur only when an officer reasonably suspects that a person has a weapon that might endanger officer safety -- but only 1.9 percent of frisks actually turn up a weapon.

A new report from the New York Civil Liberties Union (NYCLU), which sued the NYPD to get access to stop-and-frisk data in 2007, reveals the extensive disparity in who gets stopped and where.  Not surprisingly, young men of color and those living in poor, heavily minority neighborhoods, face the brunt of police activity.  (In fact, the numbers show that more young black men were stopped by the NYPD in 2011 than there are young black men in New York City!) 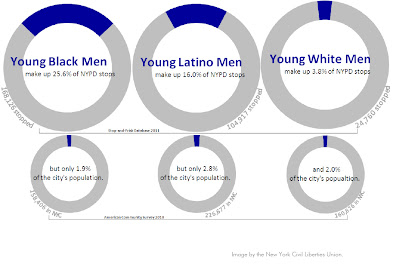 The result: increasing distrust of the police, a pervasive sense that society does not respect the rights of minorities, and more criminal charges levied against young people for minor crimes such as loitering and disorderly conduct with the subsequent barriers to employment and education that a criminal record presents.

The Huffington Post has neatly summarized the top 15 most surprising findings from the NYCLU report:

See young black Brooklyn residents talking about their experiences with stop-and-frisk searches in the video below:


[Update]: Earlier this week, a US federal judge gave class-action status to a lawsuit by people who had been stopped, ruling that there was "overwhelming evidence" the practice has led to thousands of illegal stops. In response, NYPD Commissioner Ray Kelly announced yesterday that the department will be instituting changes to officer training and supervision on how to conduct a lawful stop.  It remains to be seen whether these changes will have a meaningful impact on actual police practice.