Recent News from the Field

January Jobs Report: Unemployment Rate Rose to 9.3% in NYC
The NYCLMIS January 2012 Jobs Report shows that despite signs of economic improvement nationwide, the unemployment rate in NYC was actually up from December and from one year ago.

Major trends in NYC that month included large job losses in retail, administrative, accommodation and food service--jobs that are often the most accessible for out-of-work/school young adults.  Unemployment rates continue to be highest in the Bronx and Brooklyn, home to some of the most historically under-served communities in the city.

Economic Policy Institute: Weak Labor Market is Particularly Tough for Young, Entry-Level Workers
Using data from their upcoming edition of The State of Working America, EPI shows how wages for young entry-level workers have declined or stagnated since 2000. In 2011, the average entry-level wage for a male high school graduate entering the labor force was $11.68, while a male college graduate could expect to make $21.68.  Wages were even lower for young women, to say nothing of young adults with no diploma.

Kahn Academy: With the goal of "changing education for the better by providing a free world-class education to anyone anywhere," Kahn Academy offers over 3,000 high quality, well organized videos covering K-12 math, biology, chemistry, physics, finance, history and SAT prep.  Students practice with self-paced exercises and can chart their progress through the material instantaneously through the sites colorful charts.  There's even an official iPad app for learning on the go. 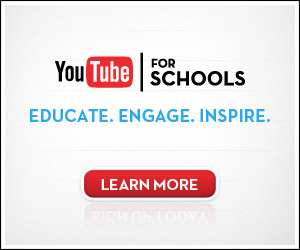 YouTube For Schools:  Video sharing site YouTube, commonly blocked within school settings over concerns that students will search for cute cat videos (or worse) instead of as a tool to enhance learning, is appealing to educators through a new customizable service.  Launched in December 2011, YouTube for Schools enables teachers and educational organizations to allow access only the videos they feel are appropriate from among YouTube's vast library, with each one scrubbed of all comments and linked only to other related educational videos.  The YouTube for Schools service has already garnered high praise from many educators, although New York City (the nation's largest school district) continues to block YouTube from its network.

Sticks and stones will break my bones, but names will often hurt me

WORDS DO MATTER.  In a field full of jargon and stereotypes, labels impact how the public views young people, and how young people themselves view their own opportunities.

The last one is particularly galling.  There’s nothing “disconnected” about today’s young people; more often than not, it’s the systems that serve youth that are disconnected.

A new report for the White House Council for Community Solutions, Opportunity Road: The Promise and Challenge of America’s Forgotten Youth (PDF, January 2012) suggests a new term: “Opportunity Youth.”  As the authors explain, disengaged young people "represent enormous untapped potential for our society, start out life with big dreams that include graduating from college. Notwithstanding challenging life circumstances, including living in poverty, they remain optimistic about their futures and believe they will achieve their goals in life. They accept responsibility for their decisions, but also yearn for support along what they hope will be a road to opportunity. Our society often treats them as problems to be addressed, but their voices show that they are potential to be fulfilled and can become key leaders in our society if given a chance."

While this report makes the case for a return on the investment of taxpayers as an argument to now begin to do something about a crisis that has been brewing for over a decade, it fails to provide creative solutions fitting with the economic landscape and life in the 21st century.  The programs highlighted are great programs that might work for young people that are at a higher level of functioning along a continuum regarding literacy, numeracy and work readiness.

In NYC alone, there are close to 180,000 older youth that are out-of-work and out-of-school.  As a nation, we must be willing to provide older youth that are far behind from readiness true and meaningful opportunities to transition and acculturate to the World of Work.  It will require a public and private will to be able to prepare today’s and tomorrow’s workforce.

In the land of Opportunity, what we finally have is a real opportunity to help American-born, older youth that are out-of-work and out-of-school and DIS-ENGAGED from the American dream!

We know that minority youth make up a disproportionate percentage (PDF) of the young people leaving high school early, with the graduation rate among students of color is as much as twenty-five percentage points below their white peers. 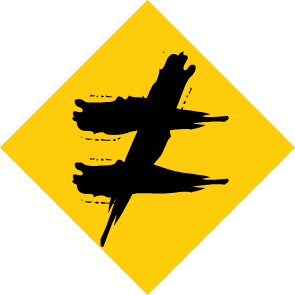 While numerous factors play into a young person's decision not to complete high school, unequal treatment of minorities in the nation's schools clearly plays a significant, in not decisive, role.  As reported by the New York Times, a new survey by the US Dept. of Education covering 85 percent of the nation’s students confirms that "Black students, especially boys, face much harsher discipline in public schools than other students," tend to have less experienced and poorer paid teachers, and are much less likely to be offered advanced classes and challenging subjects.  Among the key findings:

It doesn't require much analysis to recognize that if you treat young people harshly, give them substandard resources and less talented teachers, and fail to set high expectations, they will quickly become demoralized about the high school experience.

The full results of the survey will be posted online at ocrdata.ed.gov.


Posted by Dan Salemson at 9:27 AM No comments:

News and Updates from JobsFirstNYC

Posted by Unknown at 2:41 PM No comments:

Launched in 2007, SchoolTube is a video sharing website for K-12 education created in response to large-scale access restriction of mainstream video-sharing sites in public schools in the United States.  Much of the material available on SchoolTube has been created by young people for young people.  SchoolTube is more heavily moderated than other video-sharing websites as a result of its unrestricted access in many US public schools.

The site includes a whole series of videos related to dropout prevention, including the one below that aired on the PBS NewsHour Student Reporting Labs.

And, of course, YouTube contains multitudes of video material on dropout prevention.
Posted by Dan Salemson at 4:03 PM No comments:

A long tunnel, still no light for those at the back of the line 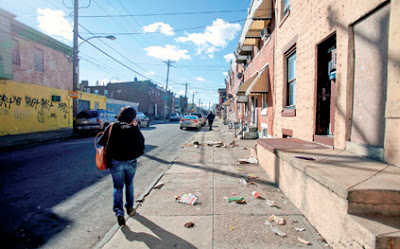 Despite the trickle of promising economic forecasts making the headlines of late, several recent reports remind us that employment prospects for workers with minimal education remain bleak.


The fact that only one in ten GED holders eventually goes on to receive a college degree further calls into question whether the test really demands the same level of educational attainment as a high school diploma.  To allay these fears, the current GED format will be replaced by two new tests in 2014 — one that's aligned with more rigorous high school standards, the other more attuned to career and college readiness.  Nicole Chestang, vice president of the GED Testing Service, explains "We are developing a GED test in the future which will point toward more information for employers and colleges and individuals about the basic skills that they have and at what level have they mastered them."

Posted by Dan Salemson at 8:52 AM No comments: